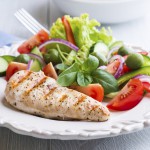 I, unfortunately, missed out on the first Runescape